Profs. Alcoff and Mills spoke with the Graduate Center’s media team about the upcoming Black Women Philosophers Conference (March 15th-16th, 2019), hosted by CUNY GC Philosophy and the Center for the Humanities. An excerpt from the interview is reproduced below; Alcoff’s and Mills’ full comments can be found here.

“Graduate Center: This conference intends to shift the idea of what a philosopher looks like, represented by “the dominant imagery of the white male marble busts of Greco-Roman antiquity.” How you plan to challenge these preconceptions? 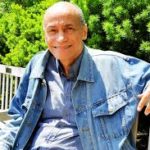 To the extent (against this unfavorable background) that the stereotypical image of a “philosopher” can be changed, it would help if white professors across the country made a self-conscious effort to see how their syllabi and curricula could be expanded to take account of the different perspectives often expressed on classical philosophical questions (social and political philosophy, epistemology, ethics, aesthetics, the metaphysics of the self, etc.) by people of color, as well as their raising of new kinds of questions. The aim should be to incorporate such material into “regular” mainstream courses rather than having them “ghettoized” solely in, e.g., African-American Philosophy or race courses. I’m currently teaching a course on the philosophy of W.E.B. Du Bois ¾ one of the most important American thinkers of the past century, who had important and radical insights on many of these matters that need to be far better known in mainstream philosophical circles. 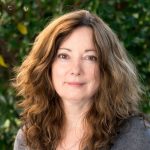 The need for what we might call “identity diversity” ¾ that is, diversity by race, by gender, etc. ¾ is a means rather than an end in itself. The history of philosophy has focused on a somewhat narrow range of questions, ignoring many crucial ones, such as Charles’ work shows most acutely. Centuries of liberal political philosophy with hardly a word on slavery, colonialism, or the oppression of women? The uniformity of identity had an impact on the richness (or lack thereof) in philosophical questions, frameworks, and theories. So, as in every other scholarly discipline, we can see that increased identity diversity brings new questions, new methods, and new theories. By creating a conference with a critical mass of identity diversity in this way, we hope to shift the discussion of what the significant questions are, and the viable answers.”

← Linda Martín Alcoff in Aeon: “Consistency shouldn’t be the test of truth in sexual assault cases”
Kate Wojtkiewicz Awarded Dissertation Fellowship from the American Society for Aesthetics →
My Tweets