Miranda Fricker Interviewed in the Oxford Review of Books

Presidential Professor of Philosophy Miranda Fricker is the subject of a profile in the Oxford Review of Books. 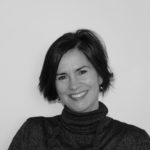 The article, written by Daniel Kodsi, touches upon the relevance of Fricker’s work on epistemic injustice to recent events (namely the Ford-Kavanaugh hearings in front of the Senate Judiciary Committee), the influence of DPhil supervisors (Bernard Williams and Sabina Lovibond) on her approach to philosophy, her current book project on blame and forgiveness, and how she draws inspiration from narrative artworks (“novels, plays, and films”).

An excerpt, centering on Fricker’s metaphilosophical outlook, appears below.

“It is worth noticing that Epistemic Injustice does not introduce concepts that require significant analytical dexterity to apply. Rather, the book promises to help us identify epistemic injustice more reliably when it occurs; to get a firmer handle on its structure; and to situate it within broader ethical, epistemological and political frameworks. More basically, its philosophical contribution is to make explicit what was already there in human thought and practice, yet which we only fuzzily, inchoately, ineffably recognized. It gives sharper expression to a familiar truth, with the aim of helping us to make better sense of our social and ethical world. This is a general theme, Fricker tells me, of her engagement with philosophy. ‘My experience of doing philosophy’, she says, ‘doesn’t feel like moving from confusion to clarity, or confusion to understanding. It feels like piecing things together and gradually making explicit the structure of things which we know intuitively from lived experience. I think the subject matter of ethics is our ethical life, the lived ethical life, our relation to value – and so my experience is one of moving from not being able to see, to being able to see; or not being able to hear, to being able to hear; or not being able to grasp the shape of something, to being able to feel its shape.’

. . . She experiences philosophy, she says, as a wrestling process: one which involves trying to wrangle human practices into some coherent, illuminating shape without distorting them. ‘I like the struggle’, she tells me, ‘of trying to find the philosophical structure that best honors the otherwise rather amorphous nature of natural or social practices – the to-and-fro between trying to honor real life and real practices, on the one hand, and trying to properly sculpt a piece of philosophy, on the other.’

What is more (and perhaps slightly more unusual), Fricker also professes to being optimistic about the potential for philosophy to theorize practice without falsifying it. Joan Didion famously wrote at the beginning of The White Album that, in living, we impose a narrative line upon ‘the shifting phantasmagoria which is our actual experience’; but Fricker tells me, when I ask if she identifies with Didion’s sentiment, that this does not quite capture her conception of philosophy’s relation to practice. ‘I don’t like the idea’, she says, ‘that we’ve got this messy life, and then philosophy comes in and imposes order. I don’t believe in that. I think that philosophy needs to be formed by the contours of the practice one is trying to understand. If the model does not fit, real life is going to rebel. The difficulty lies in finding a suitable compromise between the two, so that you can do justice to the complexity of lived experience, and at the same time end up with something that’s theoretically structured and interesting.’”