Miranda Fricker discusses “Blaming and Forgiving” on the Elucidations Podcast 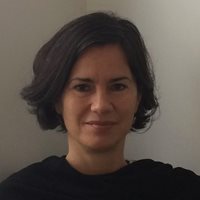 Presidential Professor of Philosophy
Miranda Fricker appears in a recent episode of Elucidations: A University of Chicago Philosophy Podcast.

Hosts Emily Dupree and Matt Teichmann interview Prof. Fricker in Episode 101 of the podcast, and describe the conversation as follows:

“We have a lot of conflicting feelings about blame. When someone does something bad, we feel a strong urge to blame them, and when it all goes down as intended, the person deserves the blame, and they learn that what they did was wrong, we intuitively feel that justice has been done. On the other hand, we also have the sense that blaming can be a corrosive or self-destructive activity – a feeling that is manifested in common expressions like ‘let’s not play the blame game.’ So what’s the deal? Is blaming people a useful activity or isn’t it?

Miranda Fricker proposes that we enter into these questions by thinking carefully about what blaming is. What is the intended social function of blaming? And here she suggests that paradigmatically, blame is a kind of communicative act. Furthermore, thinking of blame in that way sets us up to explain some of the more perplexing features of related behavior, such as forgiving.

Join us as our guest walks us through the point of blaming and forgiving people!”

Click here for a direct link to the podcast audio.