Visit the conference’s Facebook event page to see who’s attending, and mark yourself as “Interested” to receive notifications about updates to the conference schedule.

The United States, supposedly founded on the “self-evident” principle of human equality, has in fact been a profoundly racially unequal society from the start. Yet for many years the striving for racial justice and racial equality has been obscured by an evasive discourse of “diversity.” Particularly with the recent rise of white nationalism, however, it has become urgently important to recognize and address the ongoing inequalities of race. This 2-day interdisciplinary conference will bring together 18 theorists from a wide array of subjects—philosophy, political theory, ethnic studies, critical psychology, urban studies, gender theory, and anthropology—to look from their distinctive perspectives at the enduring problem of racial inequality, and how it is perpetuated in a democratic society.

Free and open to the public. 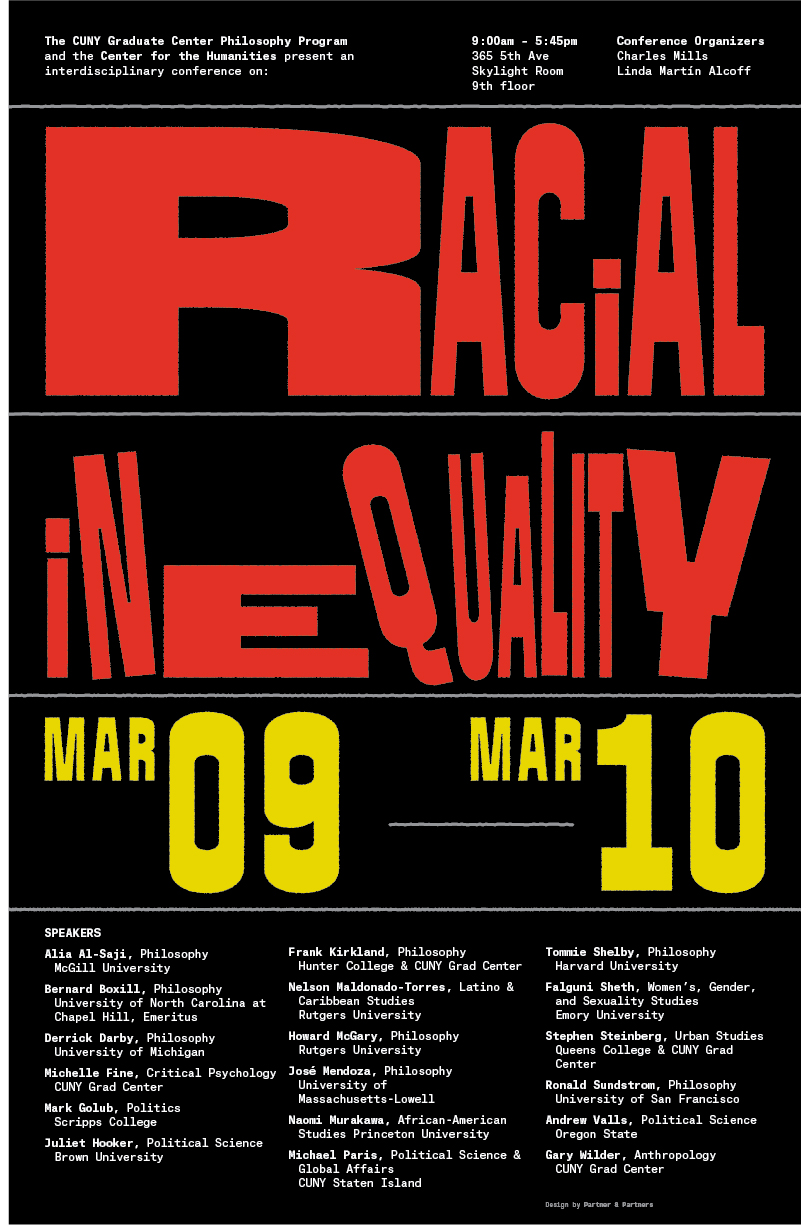 ← Linda Martín Alcoff Interviewed on the Graduate Center’s “The Thought Project” Podcast
“Self and Other”: The 21st Annual CUNY Graduate Philosophy Conference – March 23, 2018 →
My Tweets