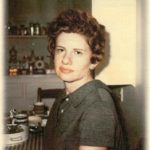 Gertrude Ezorsky, Professor Emerita of Philosophy at the Graduate Center and Brooklyn College, has passed away at the age of 92. Excerpts from an obituary written by Andrew Wengraf and Nanette Funk appear below:

“. . .She combined excellence in analytic philosophy with a courageous commitment to political and social change in a career of rigorously argued, scrupulously researched work, always lucidly presented in her terse, plain style. Drawn to lively and controversial issues with live applications. Gertrude took clear stands, some notably controversial, and she refused to bury her opinions in disclaimers. She secured this reputation with steady early work of the highest quality. Her earliest papers appeared in the elite journals, and her talent gained her the respect of men of top rank in the profession, including Hare, Hampshire, Isaiah Berlin, William Frankena, Chisholm, Maclntyre, and Morgenbesser, as well as her former professor Sidney Hook — this at a time when all but very few women were hardly acknowledged in philosophy.

. . . Right or wrong, Gertrude was a model of intellectual integrity, a fearless woman loyal to those wrongly treated, willing to challenge those in high places. The writers she challenged were not personal rivals, except insofar as they were intellectually dishonest; the real competition for Gertrude was between ideas. Gertrude would raise fundamental criticisms with vivid real-life examples, not to score points, but because her significant philosophical abilities are always informed by compassion, moral sensitivity and a pragmatic sense. . . .

. . .A cradle egalitarian and activist who did not bemoan injustice, elitism, academic dishonesty, evident unfairness, or brute exercise of power, but stood up up against them. She spent much of her energy fighting for those much more vulnerable than herself with action guided by the same acute, precise analysis she brought to her publications. . . .”

To learn more about Ezorsky and her work, the board of the journal New Politics recommends the following texts: