Workshop in Ancient and Contemporary Philosophy: Iakovos Vasiliou (CUNY), “Ancient Philosophy and Disjunctivism: The Case of the Stoics”

The meeting is part of the Workshop in Ancient and Contemporary Philosophy [katjavogt.com], sponsored by Columbia University’s Division of Humanities, Classical Studies Program, and Philosophy Department.

Abstract: This paper investigates the extent to which ancient philosophers hold positions similar to contemporary epistemological disjunctivism. It argues that there are some a priori reasons to think that ancient philosophers might be amenable to the disjunctivist position, even if their motivations for holding such a position may be quite different from that of contemporary philosophers. The body of the paper focuses on the Stoics and their notion of the “cataleptic impression” as a criterion of truth. It compares the Stoic arguments against their Academic skeptical opponents with contemporary epistemological disjunctivism, particularly as it is developed in the work of John McDowell. 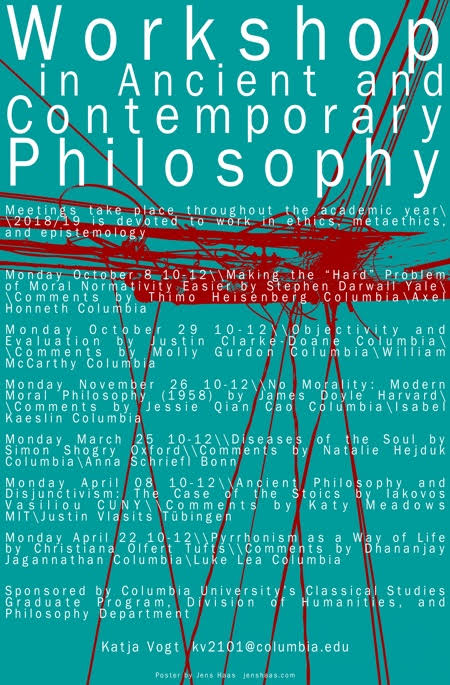 Need help with the Commons? Visit our
help page
Send us a message
Skip to toolbar