The winners of the SWIP-Analytic 2014 Graduate Student Essay Prize, Fatema Amijee & Kate Nolfi, will present at SWIP-Analytic next Monday, May 5th, from 5-7 PM in room 5307 at the Graduate Center. A reception will follow. This event is free and open to the public.

SWIP-Analytic encourages attendees to read the winning papers in advance of the presentations. Email swipanalytic@gmail.com for a copy. 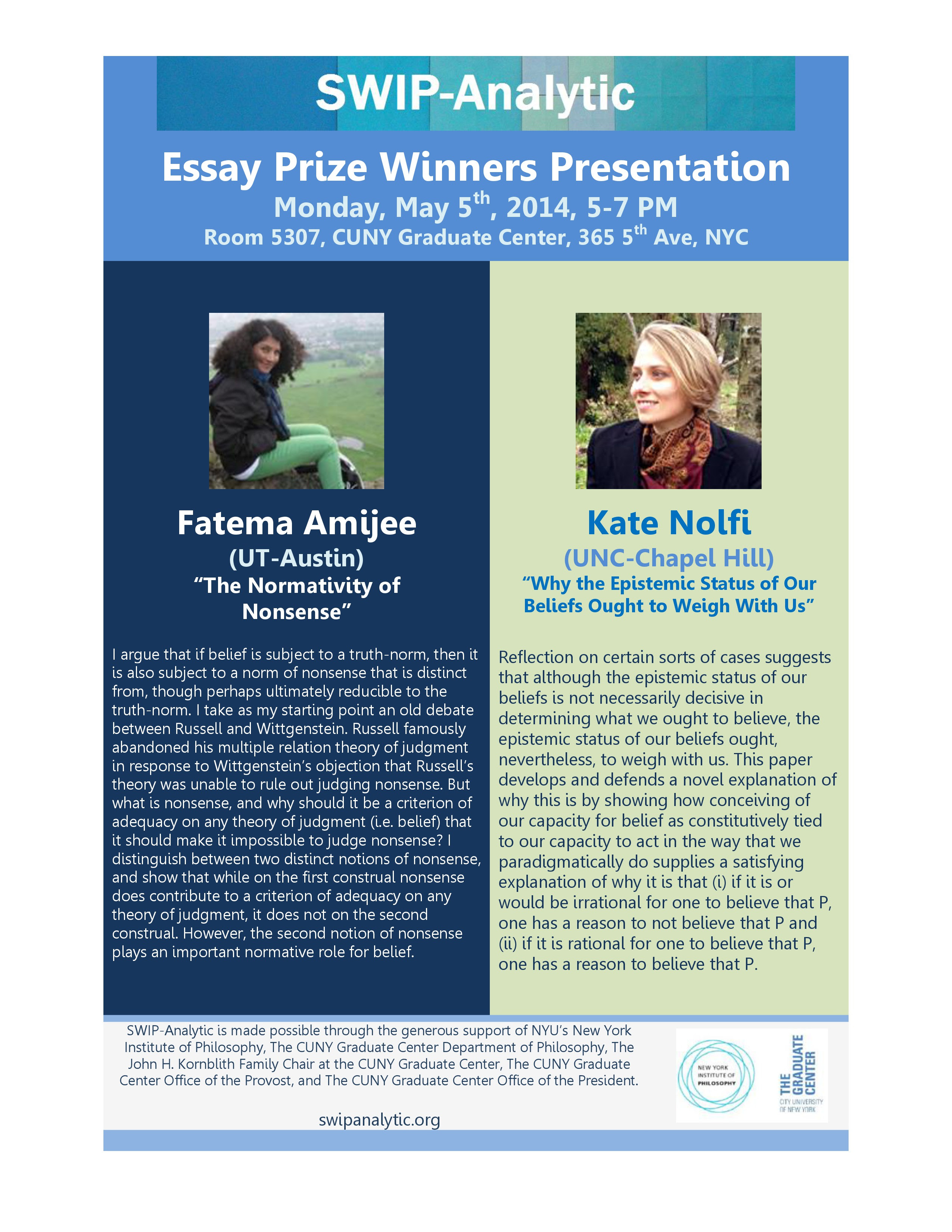 May’s SWIP-Analytic workshop will be given by the winners of the 2014 SWIP-Analytic Graduate Student Essay Prize, Fatema Amijee (UT-Austin), with “The Normativity of Nonsense“, and Kate Nolfi (UNC-Chapel Hill), with “Why the Epistemic Status of Our Beliefs Ought to Weigh With Us“.

Amijee Abstract: I argue that if belief is subject to a truth-norm, then it is also subject to a norm of nonsense that is distinct from, though perhaps ultimately reducible to the truth-norm. I take as my starting point an old debate between Russell and Wittgenstein. Russell famously abandoned his multiple relation theory of judgment in response to Wittgenstein’s objection that Russell’s theory was unable to rule out judging nonsense. But what is nonsense, and why should it be a criterion of adequacy on any theory of judgment (i.e. belief) that it should make it impossible to judge nonsense? I distinguish between two distinct notions of nonsense, and show that while on the first construal nonsense does contribute to a criterion of adequacy on any theory of judgment, it does not on the second construal. However, the second notion of nonsense plays an important normative role for belief.