Program at 5:30 PM.
Watch on Livestream

A panel discussion on the right of ecological regions to exercise political sovereignty and self-rule over the resources necessary to sustain their lives and habitats.

Professor Susan Buck-Morss is an interdisciplinary thinker and a prolific writer of international reputation. Her most recent book, Hegel, Haiti, and Universal History (University of Pittsburgh Press, 2009), offers a fundamental reinterpretation of Hegel’s master-slave dialectic by linking it to the influence of the Haitian Revolution. Her books The Origin of Negative Dialectics: Theodor W. Adorno, Walter Benjamin, and the Frankfurt Institute (Macmillan Free Press, 1977) and The Dialectics of Seeing: Walter Benjamin and the Arcades Project (MIT Press, 1989) have been translated into several languages and have been called “modern classics in the field.” A longtime professor at Cornell University’s Department of Government, Buck-Morss was also a member of Cornell’s graduate fields in Comparative Literature, History of Art, German Studies, and the School of Architecture, Art, and City and Regional Planning.

Prof Omar Dahbour specializes in theory of political sovereignty, nationalism and its alternatives (patriotism, internationalism, cosmopolitanism), the ethics of political violence (war, revolution, terrorism) and critical theory and its history (Hegel, Marx, Lukács, Marcuse, Habermas). In addition to Self-Determination without Nationalism, his publications include “Hegemony and Rights: On the Liberal Justification for Empire,” in Dawson/Schueller (eds.), Exceptional State: Contemporary U.S. Culture and the New Imperialism (Duke, 2007), “Advocating Sovereignty in an Age of Globalization,” Journal of Social Philosophy (2006) and “Three Models of Global Community,” Journal of Ethics (2005) 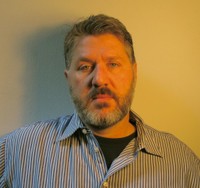 Professor Rob Jenkins specializes in the politics and political economy of India, international and comparative politics of development, and the UN and post-conflict peacebuilding. His books include Peacebuilding: From Concept to Commission and Reinventing Accountability: Making Democracy Work for Human Development.

Carne Ross founded Independent Diplomat in 2004 to address the deficit created by a diplomatic system that all too often excludes or marginalizes many governments and groups most affected by the decisions made within it, and usually those who are suffering the most. He has over fifteen years of diplomatic experience in the British Foreign Office and United Nations, working on a wide range of issues and regions including Europe, the Middle East, Africa, the global environment, terrorism and post-conflict reconstruction. 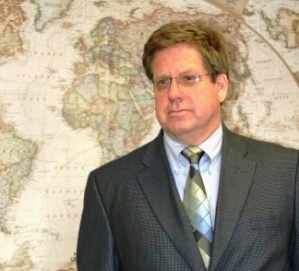